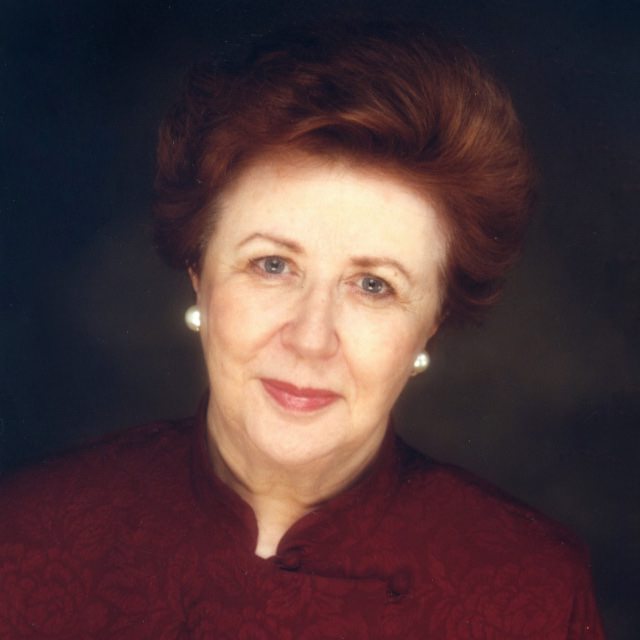 Françoise Sutton was named an Honorary Director of the Canadian Aldeburgh Foundation in 1998 and continues in that capacity with the Art Song Foundation of Canada.

Françoise Sutton was born and raised in Paris, France. Her lifelong involvement in music began there with 18 years of piano study. She moved to Toronto in 1955 to marry her husband, Marshall.

During her visits back home, Françoise regularly attended musical festivals and performances in Europe and England, including the Aldeburgh Festival. In 1975, she was persuaded by the organisers of the Festival, who had launched the Britten-Pears School for Advanced Musical Studies in 1972, to establish the Canadian Aldeburgh Foundation (CAF) in order to provide travel bursaries to young Canadian singers and instrumentalists accepted by the Britten-Pears School (now the Britten-Pears Young Artists’ Programme). Françoise was the founding president of the Foundation and, with her husband, gathered a group of like-minded friends and donors in support of the cause. In the ensuing 40 years, the CAF provided nearly $390,000 to 340 young Canadian musicians, several of whom have gone on to illustrious musical careers.

Françoise served as president of the CAF until 1983, when her husband, Marshall (also a founding Board member), became president. Françoise continued to serve on the Board until 1998, when both she and Marshall stepped down. At that time, Françoise was named an Honorary Director and Marshall was named Honorary Chairman, a position he held until his death in 2000.

Since resigning from the Board, Françoise has provided wise and valued counsel to the CAF Board and she continues as a trusted advisor to the Board of the ASFC. Françoise is also a Past President of the Women’s Musical Club of Toronto.