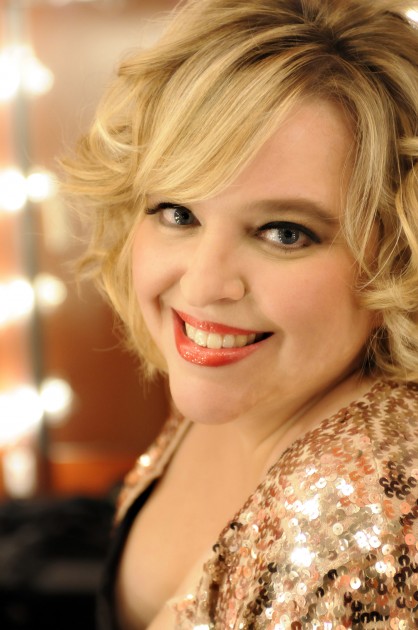 Karina Gauvin was named an Honorary Director of the Art Song Foundation of Canada in 2017.

oprano Karina Gauvin has established herself as a singer of international renown and is especially recognised for her interpretation of Baroque music. Indeed, Opera News called her “a queen of Baroque opera”. She has also received high praise for her singing of Mahler, Britten, and music of the 20th and 21st centuries.

Karina has performed roles with Les Talens Lyriques, Boston Early Music Festival, Andrea Marcon at the Concertgebouw, and Alan Curtis and Il Complesso Barocco (with whom she has also recorded Handel operas on ARCHIV/Deutsche Grammophon, Virgin, and Naïve labels, among others).

Karina’s prestigious distinctions include the title of Soloist of the Year awarded by the Communauté internationale des radios publiques de langue française, first prize in the CBC Radio competition for young performers, and the Virginia Parker Prize (Canada Council, the Maggie Teyte Memorial Prize in London, and both the Lieder Prize and the Public’s Prize at the ‘s-Hertogenbosch International Vocal Competition.

Karina’s extensive discography — over 30 titles — has won her numerous awards, including a Chamber Music America Award for her Fête Galante disc with pianist Marc-André Hamelin and several Opus Prizes. Her performances with the Boston Early Music Festival Orchestra earned her nominations at the Grammy Awards in 2007 and 2009.

Born in Repentigny, Quebec, Karina began her musical training as a member of the Canadian Children’s Opera Chorus at the age of eight. As a teenager, she began to study singing seriously with mezzo-soprano Catherine Robbin in Toronto. She subsequently enrolled at McGill University, where, as a member of the McGill chorus, she was convinced by conductor Nicole Paiement to pursue a career as a singer. She subsequently left McGill for the Conservatoire de musique du Québec à Montréal, where she became a pupil of Marie Daveluy. She later studied in Glasgow with contralto Pamela Bowden at the Royal Scottish Academy of Music and Drama. Karina made her professional opera debut with the Glimmerglass Opera.